As the monsoon season (finally) ends, another TokyoR meetup! Since COVID hit all of TokyoR’s meetups since February have been done online and the transition has been seamless thanks to the efforts of the TokyoR organizing team. It was my first TokyoR since January so it was great to be back!

@u_ribo gave an introduction to the {data.table} package. The {data.table} package is a package that extends the data.frame and allows you to do fast data manipulation, data aggregation, and more! @u_ribo’s slides were very easy to understand and is probably a very good intro to {data.table} for tidyverse users as the walk-through included side-by-side comparisons with similar {dplyr} and {tidyr} syntax (shown in detail below). 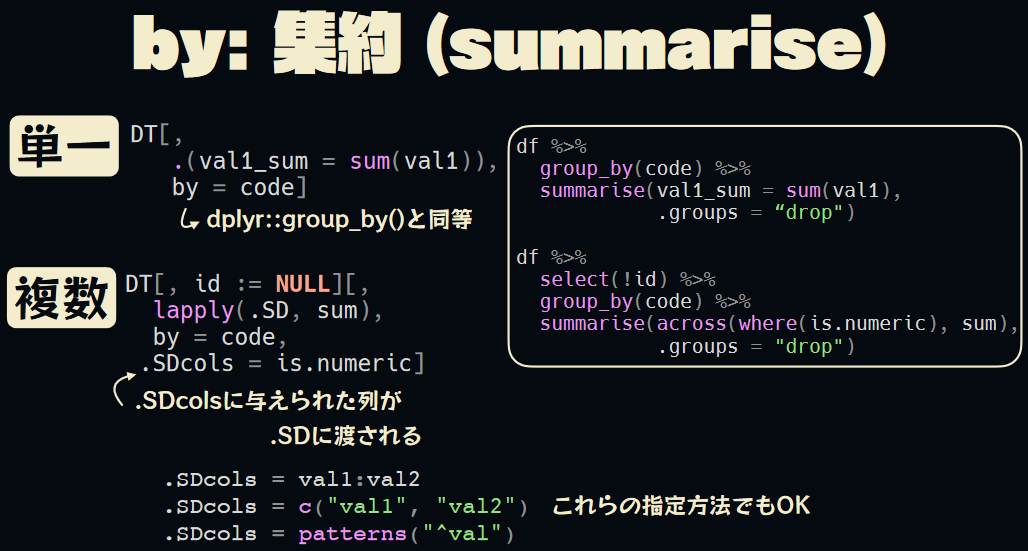 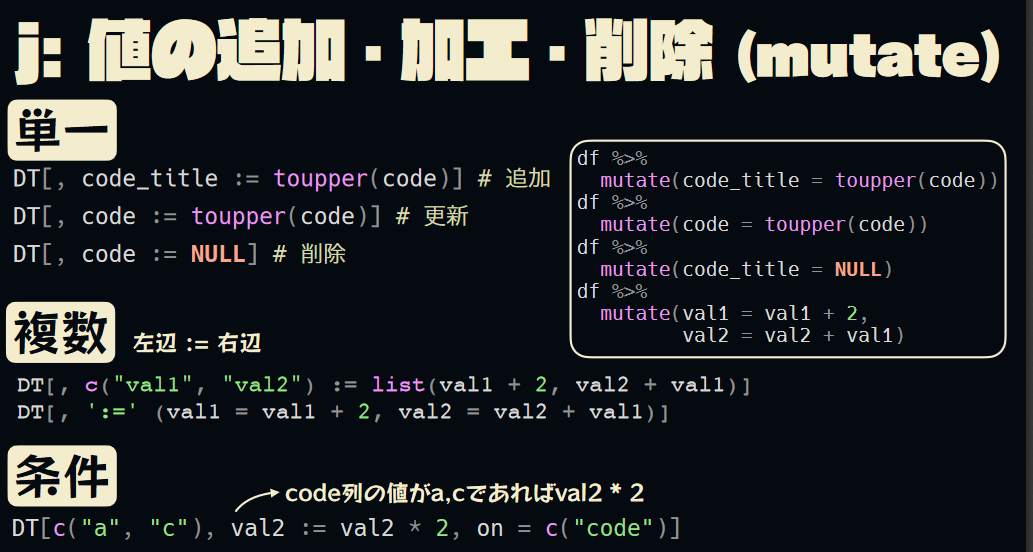 The 3 main differences he made to contrast it with {dplyr} were:

@soupcurry049 gave a introduction to the {ggspatial} package which provides the user with ggplot-like style for plotting spatial data. It supports sf, sp, and raster objects and you have a lot of cool options for annotations (spatial lines, a NORTH arrow, etc.), layers, spatial geometries (in ggplot2::geom_*() style). @soupcurry049 finished off the LT with a quick demonstration of a map showing Onsen locations in Hokkaido prefecture.

@andrew_cb2 talked about … not programming IN R but programming R itself. Currently in R the syntax for creating a function requires typing out function(...) ... but typing all 8 letters every time can be annoying, couldn’t there be a way to make it shorter? Recently there has been talk about creating a shorter anonymous function syntax and the following 3 styles were discussed:

The reason why some implementations are harder than others is due to the location of the special characters and R. @andrew_cb2 then gave us a quick tutorial of going into the R source files and adding in your own anonymous function syntax into R. 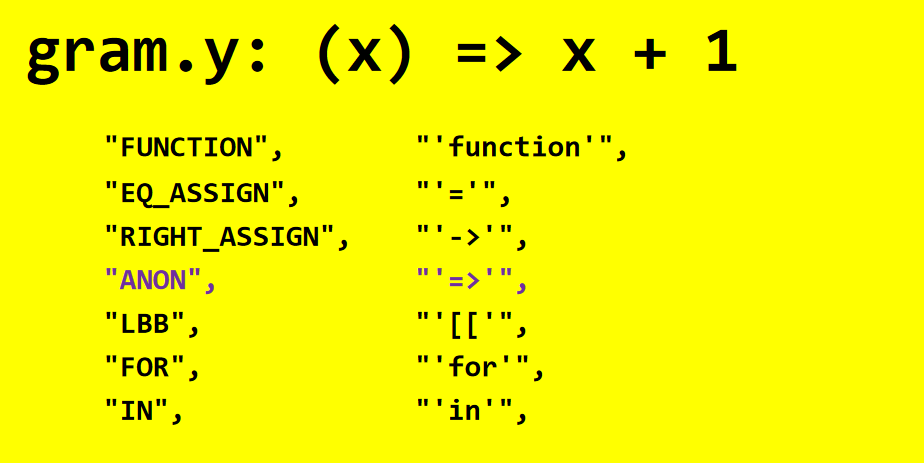 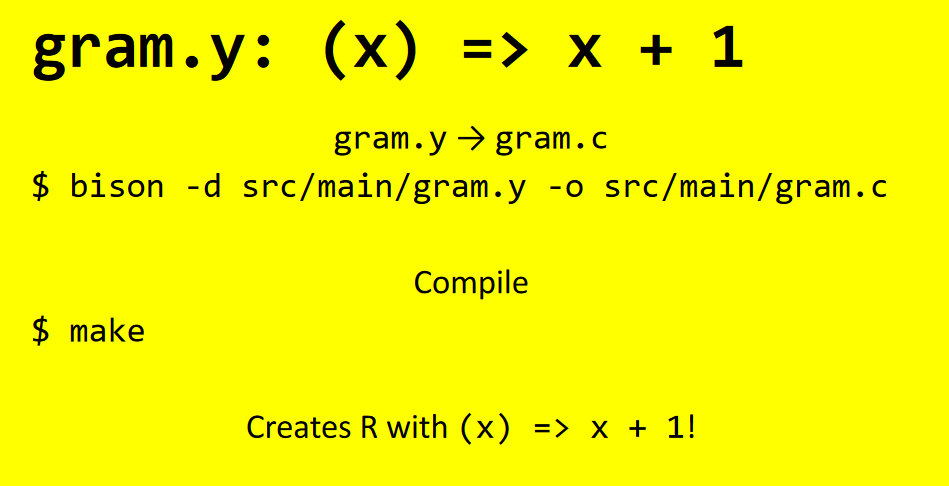 @andrew_cb2 has made the entire tutorial available on Github here.

@flaty13 talked about a new initiative by the Japan Data Science Society, the Data Science 100 Knocks for Data Pre-processing. It is a series of problem solving exercises meant for beginner and intermediate data scientists to practice their data pre-processing/handling skills in SQL, Python, and R. The problems are all contained in a Docker container so you are able to learn how to use it as well. 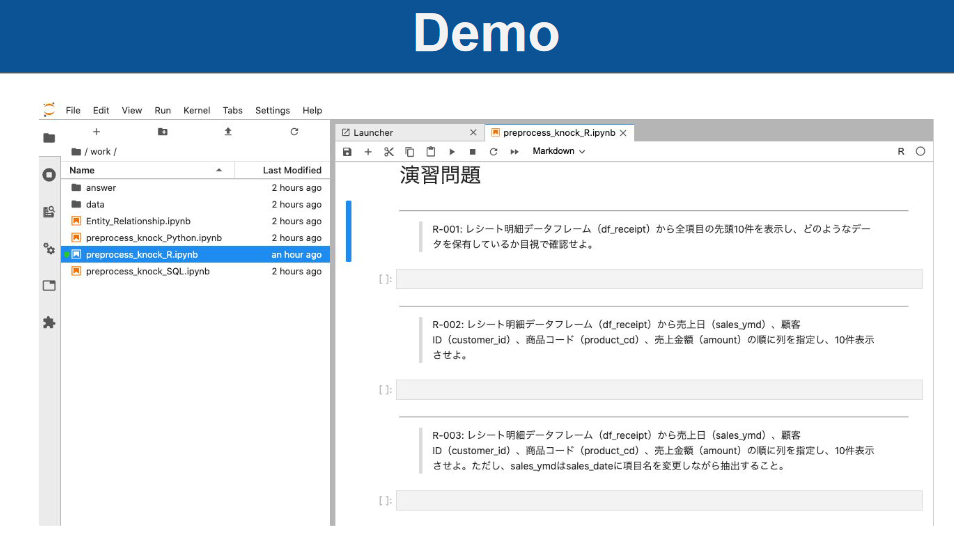 @kozo2 introduced Bioconductor and its community. Bioconductor is a package repository for bioinformatics much like CRAN for most R users. @kozo2 talked about a number of differences with CRAN including:

To develop the local Japanese community, the Bio-Pack-athon monthly meetup was created which helps bioinformatics developers with ideas and workflows to nurture future Bioconductor authors. One of the bigger goals of this meetup is to increase the number of Bioconductor devs in Japan so that Tokyo could be a candidate to host the Bioc Asia conference in 2021. 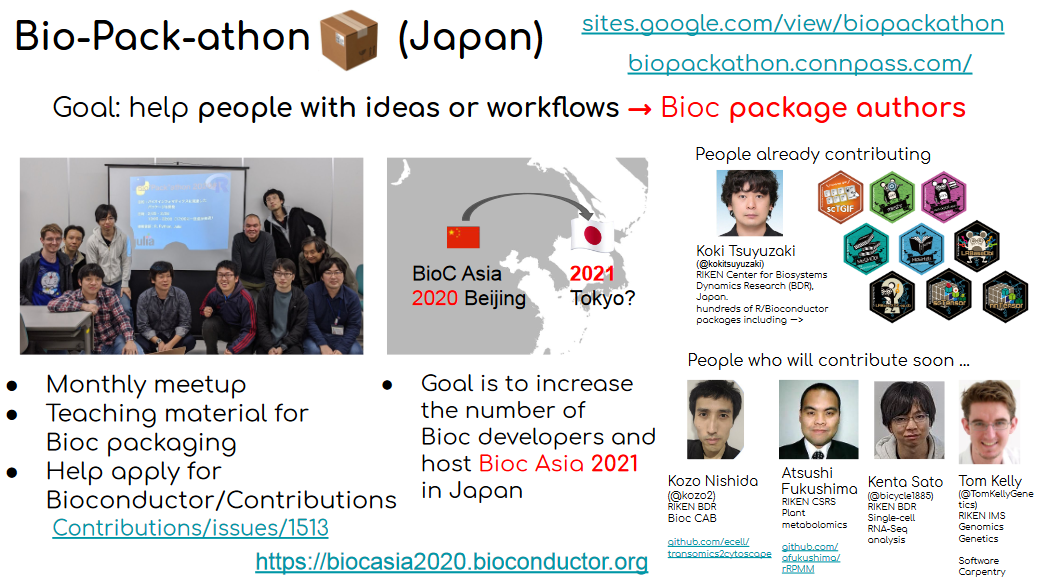 Earlier this year a Community Advisor Board was also created which aims to support training, outreach, and promote cooperation between users and developers.

TokyoR happens almost monthly and it’s a great way to mingle with Japanese R users as it’s the largest regular meetup here in Japan. The next meetup will be in January

For the time being meetups will continue to be conducted online. Talks in English are also welcome so come join us!