With the arrival of summer, another TokyoR User Meetup! On May 25th, useRs from all over Tokyo (and some even from further afield - including Kan Nishida of Exploratory, all the way from California!) flocked to Jimbocho, Tokyo for another jam-packed session of R hosted by Mitsui Sumitomo Insurance Group.

Like my previous round up posts (for TokyoR #76 and TokyoR #77) I will be going over around half of all the talks. Hopefully, my efforts will help spread the vast knowledge of Japanese R users to the wider R community. Throughout I will also post helpful blog posts and links from other sources if you are interested in learning more about the topic of a certain talk. You can follow Tokyo.R by searching for the #TokyoR hashtag on Twitter.

Unlike most R Meetups a lot of people present using just their Twitter handles so I’ll mostly be referring to them by those instead. I’ve been going to events here in Japan for a bit over a year but even now sometimes I’m like, “Whoahh that’s what @very_recognizable_twitter_handle_in_the_japan_r_community actually looks like?!”

@tanakafreelance talked about Radiant, which is a platform-independent browser-based GUI for business analytics that was developed by Vincent Nijs. It is a tool for business analytics purposes and is based on Shiny. After installation from CRAN you can launch it via using radiant::launcher(). Most of this presentation was a live demo by @tanakafreelance showing a lot of the functionality offered by Radiant such as creating reproducible reports with R Markdown, writing your own R code to use within the GUI, creating and evaluating models (linear/logistic regression, neural networks, naive Bayes, and more), and design of experiments (DOE)! 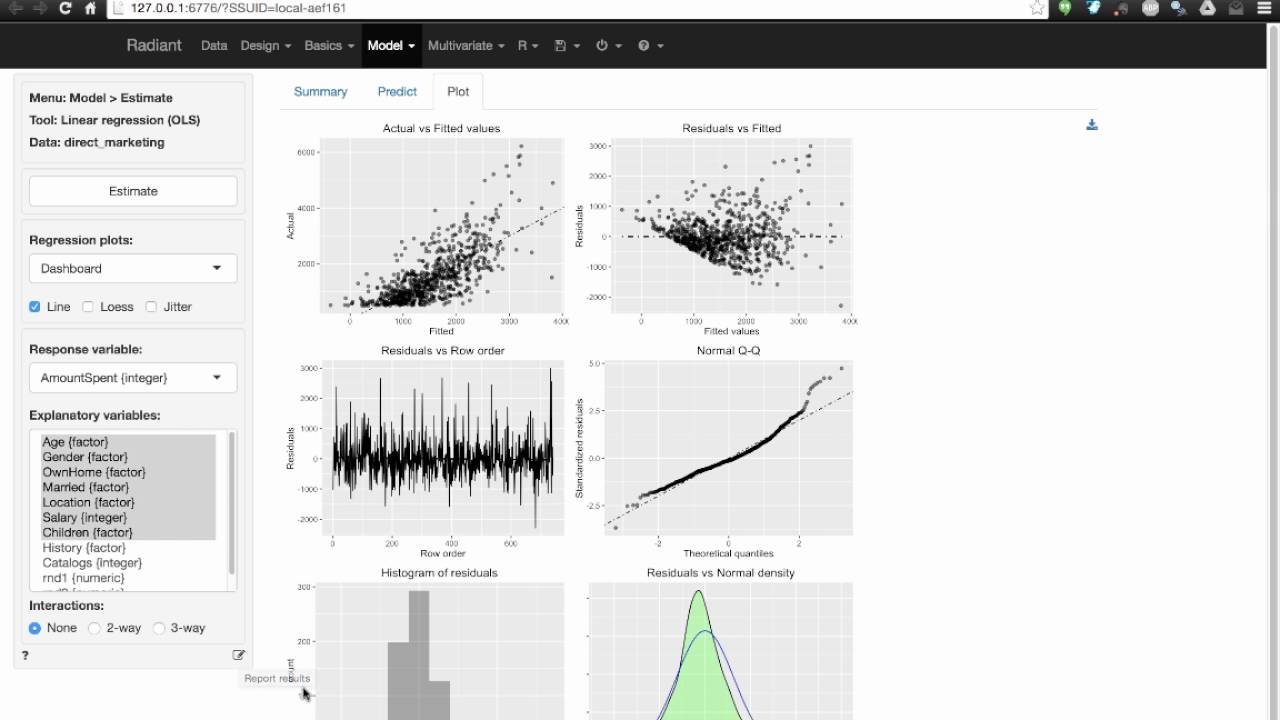 You can run it from a variety of set ups from online, offline, on shinyapps.io, Shiny server, and even on a cloud service like AWS via a customized Docker container. For a comprehensive introduction to Radiant’s full capabilities you can check out its awesome website here, full of videos and vignettes!

kotaku08: Transitioning a Company to Use R!

@kotaku08 talked about his experiences in data analytics and ways he pushed for the usage of R at his company, VALUES. One of the first things he realized upon entering the company was how the skill set of the team was more of that of data/system engineers rather than data analysts. After some time he found three big problems with his working environment that he wanted to solve:

While pondering these problems, he came across this article from AirBnB that highlighted their transition to building R tools and teaching R across the company. The key takeaways that @kotaku08 took from the article was:

Taking these lessons to heart he decided to implement #rstats learning sessions as well as create a company R package! One of the main functionalities of VALUES’ main R package is being able to access data from Redshift and in tandem with the various packages in the cloudyr project has made getting data much more easier for @kotaku08 and his team.

Another big step was educating fellow employees about #rstats.

As a result of these efforts 80% of employees can now use R and the internal company package has two new maintainers (both graduate hires!) to work alongside kotaku08.

@tomkxy presented in English (he’s a Kiwi that works for RIKEN!) on vectorizing your code and parallel computing with R. In response to a lot of the accusations that “R is slow”, Tom talked about different techniques to use to make your R code faster along with some some demonstrations (the RMD can be found here). 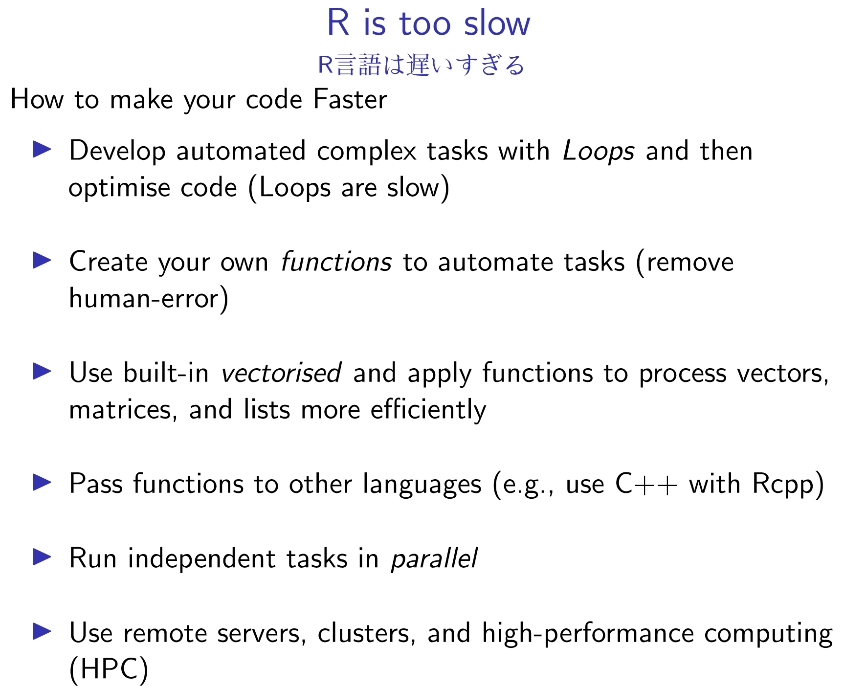 One of my key take-aways from this talk was, “Code first, optimize later!”. In that it’s important to not get stuck doing premature optimization, especially if you might not actually need to use the code again anyways! Also, sometimes parallel computing may not always be the fastest solution due to overhead costs associated with setting up clusters and communication between clusters. 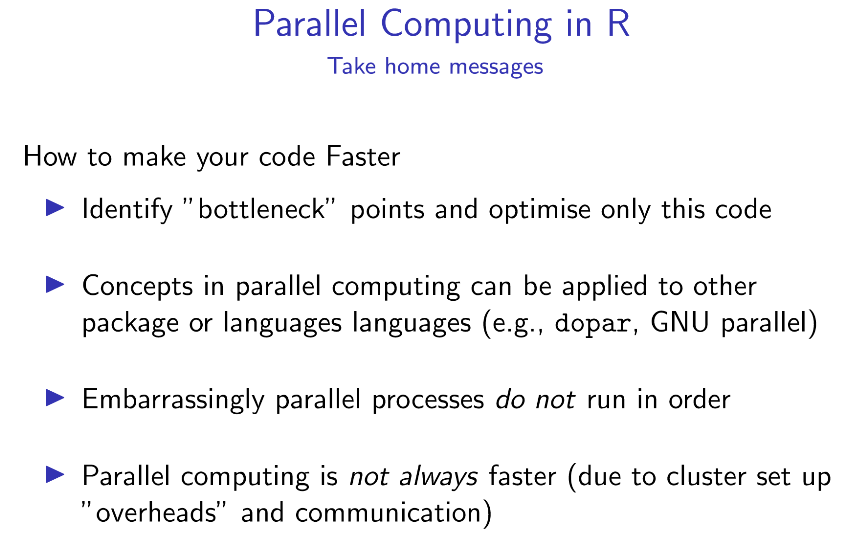 In addition, the newly developed “Jobs” pane in RStudio 1.2, released last month, means you can keep being productive even while you have your scripts running in the background. A great resource for those interested is the CRAN Task View for high performance and parallel computing available here.

A few other resources:

@ill_identified presented on using Markov chain Monte Carlo (MCMC) with R, specifically using the bayesplot package. MCMC are a series of methods that contain algorithms for sampling from a probability distribution. These methods involve drawing random samples from a target distributions using algorithms (such as Metropolis-Hastings algorithm, reversible jump, HMC, etc.) then we attempt to construct a Markov chain such that its equilibrium probability distribution is as close to our target distribution as possible by iterating the chain many times. 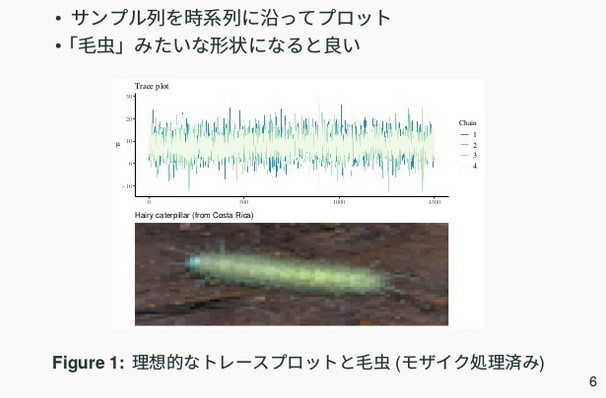 Just recently TJ Mahr, one of the authors of bayesplot, presented on the package at Chicago SatRDays. You can check the slides out here. The new version of bayesplot, 1.7.0, will also support tidyselect: 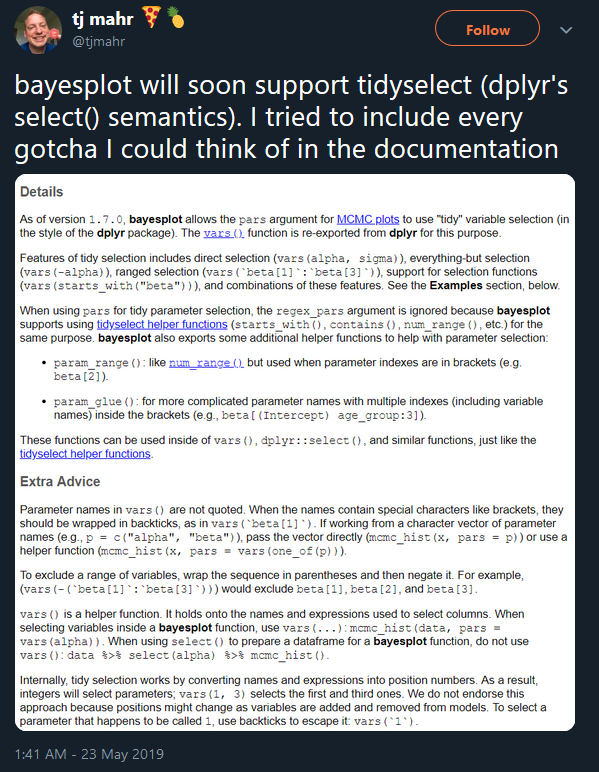 @Atsushi776, known in the Japanese R Community for his “headphones” avatar, created a new package called felp as he was annoyed that he couldn’t look at the source code while looking at the help files of a function. Also there was the added annoyance of having to jump back to the start of the function to type ? back in AND deleting it once you’re done.

Short for f unctional h elp, he got this to work by modifying the ? operator to show the inner structure of a function along with the help page. This works for both a function as seen above and on packages by package_name?p. You can also use the ? on data set objects to return what you’ll normally get from a str() call in addition the the help page.

In the near future @Atsushi776 wants to get rid of not just the . but the ? altogether and wants to work on using a prefix p? in front of the package name to bring up the documentation for an entire package. Go felp yourself by taking a look at the package website!

@0_u0 (better known as きぬいと or Kinuito) talked about his successful attempt to integrate R into his workflow at the marketing department of a very non-technical traditional Japanese company.

Most of the work being done for customers by his company is descriptive statistics. Nothing fancy or A.I. or even simple linear regression. As such, a lot of the problems that are given to his department can be solved by tables and ggplots. As a consequence he had been fighting an uphill battle as the company standard is to just use Excel for … well literally everything.

Trying to find some way to incorporate R and Python to make his workflow easier Kinuito started using the tidyverse to simplify the data cleaning processes! 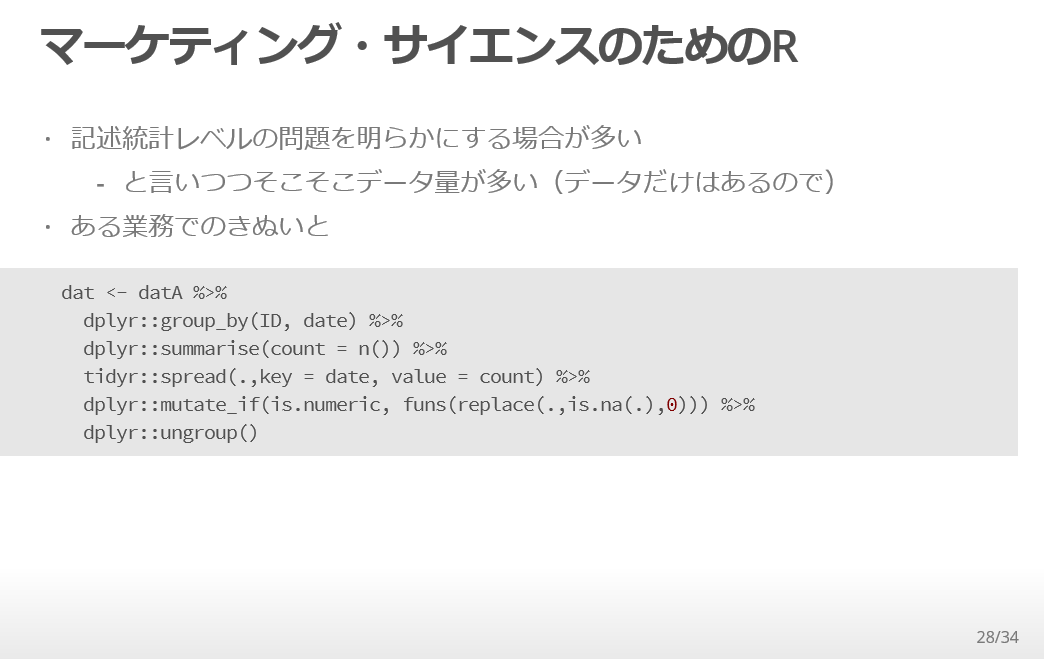 Kinuito also highlighted some things he wanted to do in the near future:

Along with @kotaku08’s talk it was great to get more insight into how R is used at various companies. I’ve personally only heard things from an American or English company’s point of view (from the various R conferences/meetups I’ve been to) so it was nice to hear about the differences and similarities in the challenges faced by Japanese corporations at this month’s TokyoR!

Following all of the talks, those who were staying for the after-party were served sushi and drinks! With a loud rendition of “kampai!” (cheers!) R users from all over Tokyo began to talk about their successes and struggles with R. A fun tradition at TokyoR is a Rock-Paper-Scissors tournament with the prize being free data science books!

The prize for this month was:

TokyoR happens almost monthly and it’s a great way to mingle with Japanese R users as it’s the largest regular meetup here in Japan. Talks in English are also welcome so if you’re ever in Tokyo come join us!