Let’s start off with the main item of interest, the “Gravity Falls” palette.

I’ve been meaning to watch Gravity Falls for a while now and once I started I couldn’t stop, it was so much fun! After pretty much binging the show within a week (and reading the extra comic book) I knew I had to make a palette out of the colorful characters! 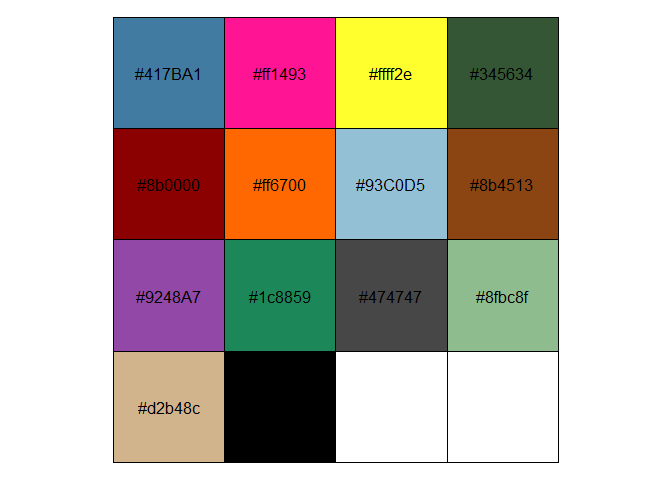 A new font, “Gravitation Falls”, is also included which is a fan-made font by “MaxiGamer” on DeviantArt. You can install it by running, import_gravitationFalls(). 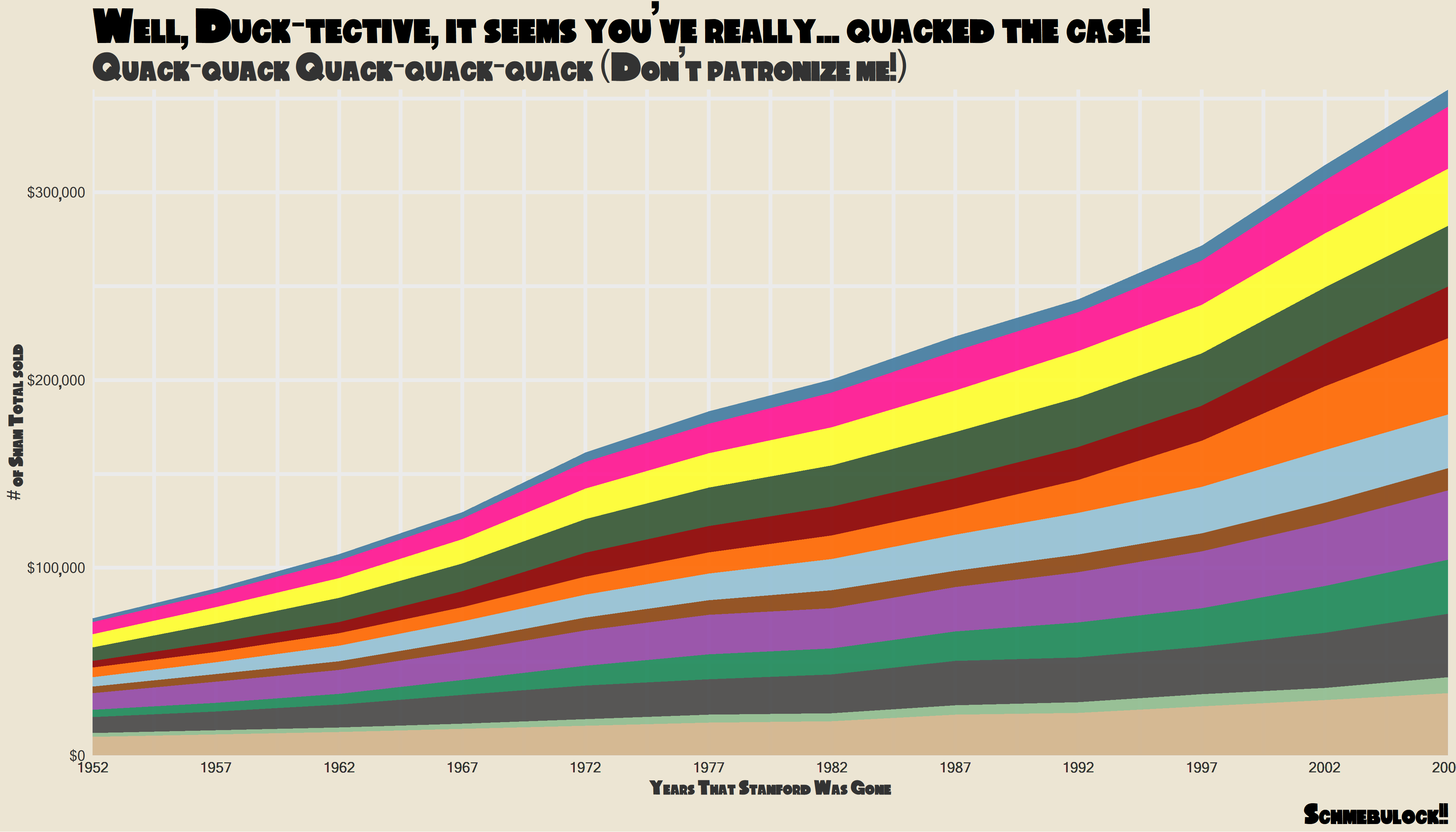 I mentioned in the previous tvthemes post here about the fact that I needed to do some tinkering with some of the function names as they were a bit inconsistent. This version goes a long way to fixing some of those problems. Don’t worry though as the old incorrect functions are only deprecated and won’t be completely deleted until later.

The TV show that changed most was the “Avatar: The Last Airbender” set of functions.

Meanwhile a few font functions were renamed to fit the *_camelCase() style:

With the exception of import_ChelseaMarket() all the functions are deprecated rather than deleted.

Instead of having an abnormally long README on Github I chopped it up into a few vignettes:

To create one you need to:

…and start typing away!

Along with the vignettes I also created a pkgdown website to house all of the documentation. Using {pkgdown} is an extremely easy process which mainly takes two functions to get up and running (this is assuming you have all your documentation written up of course).

You do need to go into your Github repo settings and set the “Github pages” source to be set to your ‘master branch /docs’ folder but for actual R related code the above is all you really need! 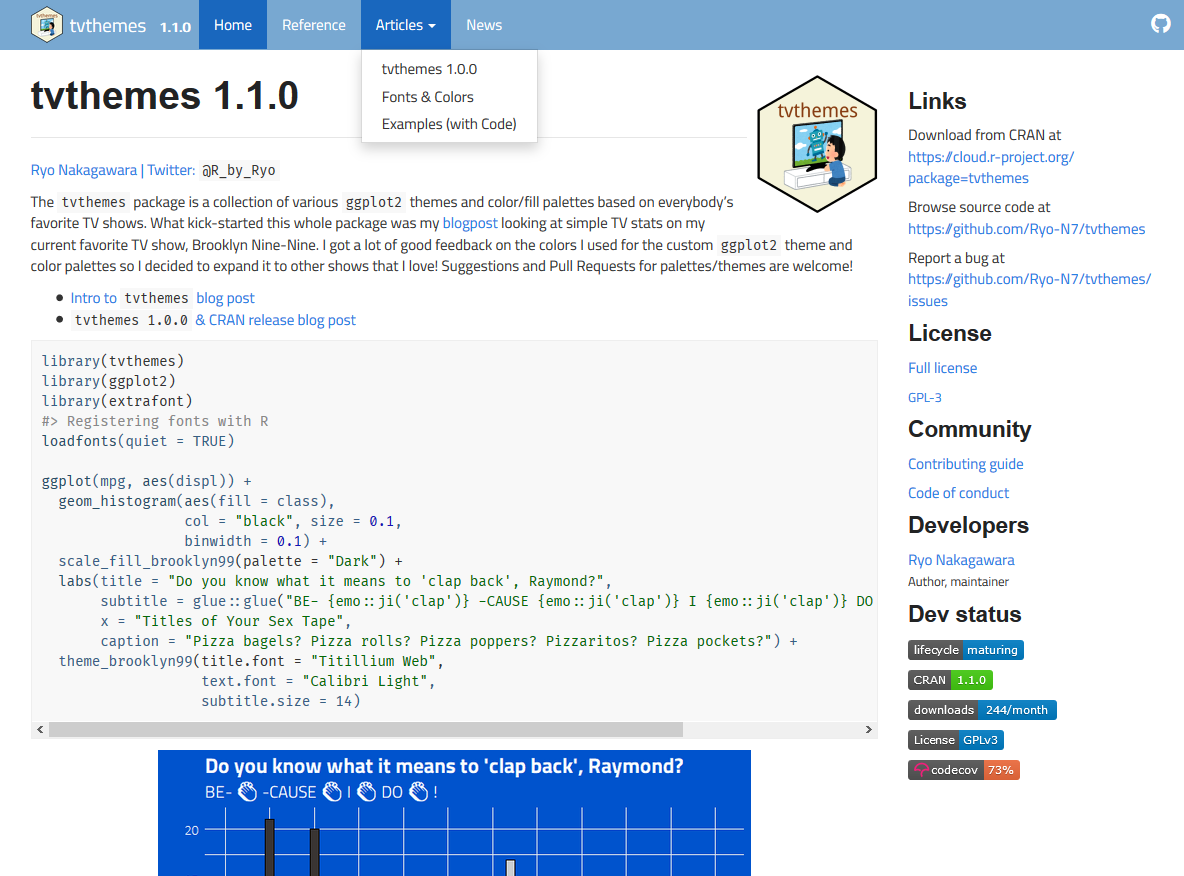 A nice template is already set up based on the documentation you have already with:

To optimize your website you can fiddle with the _pkgdown.yml and extra.css files. You can set a number of things in the pkgdown YAML file such as setting the exact URL of the website, assigning a CSS template, and even reorganizing the contents in your pages. The last part is especially helpful for {tvthemes} where a lot of functions need to be grouped up in the documentation for clarity. You can set up each group with a title and then making sure the contents match up using the matches(), starts_with(), group of functions which you might be familiar with from {dplyr}. 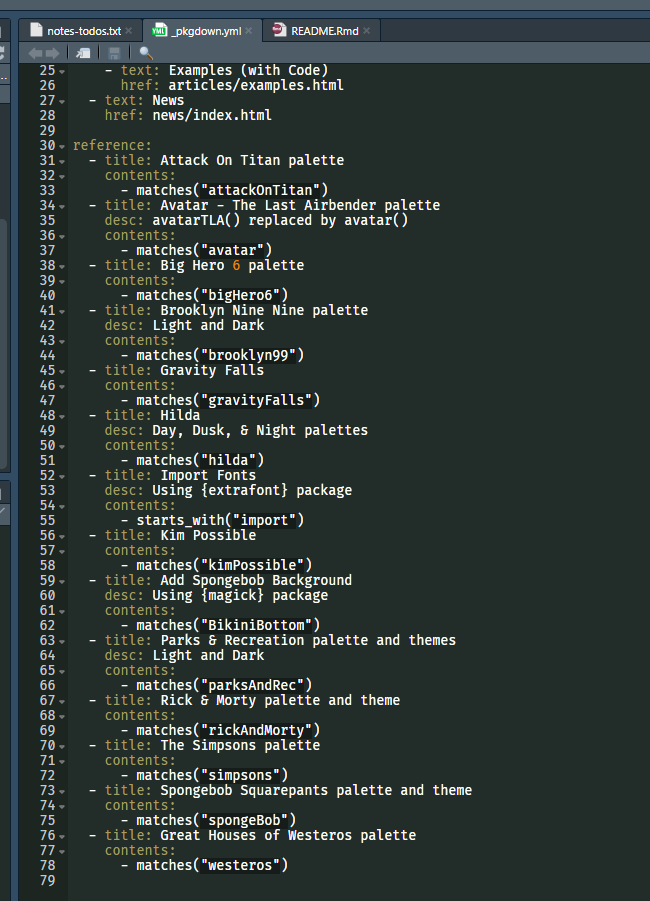 You can also configure the contents of the navigation bar along the top from the YAML file. You can add a title to each item as well as order the items in the bar and any drop-down menus in any way you like. 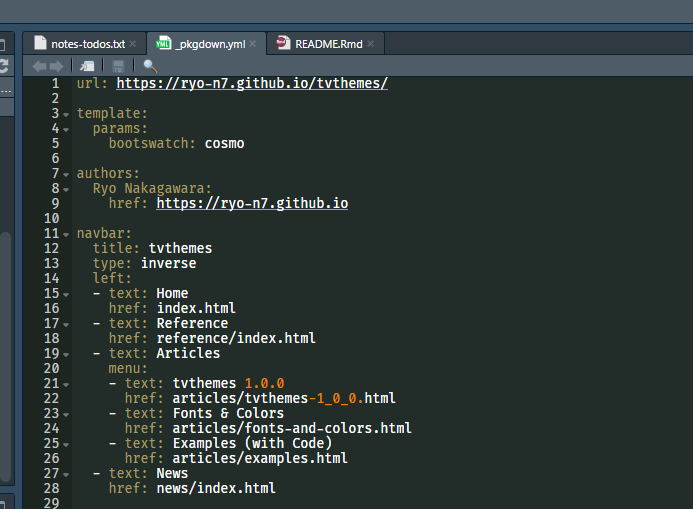 In terms of a CSS template I added in the “Cosmo” theme from Bootswatch. You can add these by specifying the stylesheet and theme in the YAML file. Have a look around at other packages’ _pkgdown.yml file to see what kind of stylesheets they use as that’s how I found Bootswatch. You can also include an extra.css file inside your /docs folder to customize your website template even further. 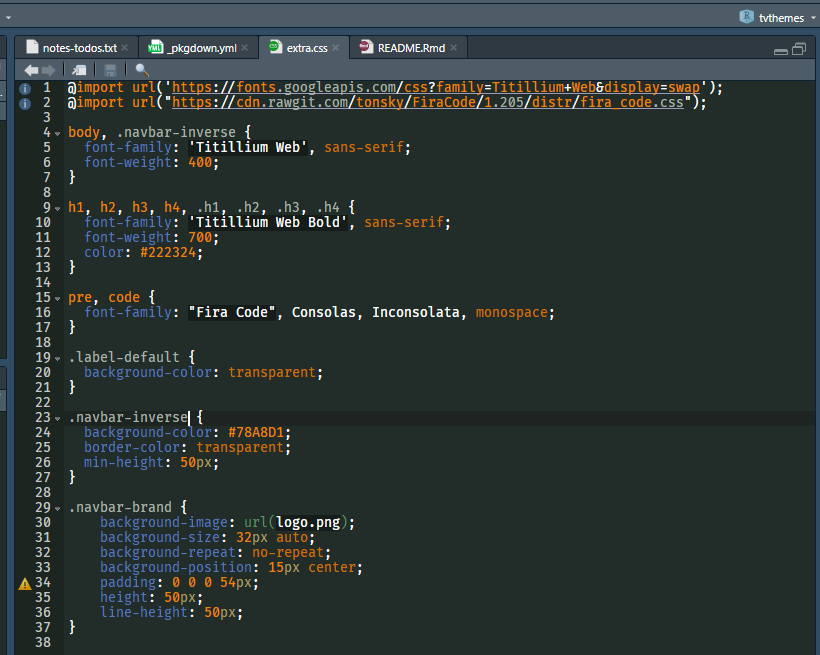 The font I used for the code throughout the website are the “Fira Code” ligatures which are the same ones that I use in RStudio, I highly recommend it. It gives you nice symbols for “not equals”, assignment arrows, and other symbols used when programming in R which makes it a lot easier to distinguish them from regular code. For the fonts used in the text of the website itself, I used, Titillium Web, which is a font that I love and can also be accessed from within {tvthemes} as well. For free fonts you need not look further than the Google Fonts or the Adobe Fonts data bases and you can insert them into the extra.css file as shown above.

As described above it can be easy to customize your website and it definitely helps that there are lots of package maintainers with great CSS skills that you can learn from by taking a peek at their Github repos. I don’t know much about CSS but even I managed to create a simple but elegant website after some trial-and-error!

This version included only one new palette as it was largely focused on correcting previous mistakes and improving the documentation significantly with the creation of the package website. I am hoping for the next few releases to have more palettes and themes.

You can find the new website here and the CRAN page here!